First, we will start from the relatives of the story.

In our company, we ask you to half of the executives from outside the company. Both are a lawyer’s and certified public accountant’s crunchy young. On the other hand, I think somewhat unique even those of full-time officers. I President, I was Orimashita taught disaster psychology in the past 40 years the University, and the other alone inside directors of, in the press-born, the past few years, has served as a professor of the Department of Communication of certain Women’s University . The two are a little older, but curiosity is strong.
Active duty personnel, and our company is we are living as real estate leasing, just people either edge also had no Yukari. Sheer chance, and strange feeling. However, team work is excellent.
In such soon, the board of directors, which will be held in the month twice regular, and very ordinary of the Board of Directors, and brainstorming specific management meetings, has become to be done by nearly one times.
Topic of this place is, the tea that has been popular since ancient times to the Japanese, it was that or not incorporated as a new business. Now’s a Japanese tea café interesting of spear, catechin and that is included in the tea, sterilization force the component has, deodorant force, such as might somehow be commercialized as cosmetics and health food, it came out even outlandish opinion .
The first place of the notches, the young ace Y deputy general manager of the Tokyo investment development Co., Ltd., supposed to be was me talking hot the charm of tea is the feeling that “I want to go to see the tea” at the beginning, to be shared by everyoneIt is why was.
Through the Y’s, Sasaki president’s Shizuoka Prefecture Kakegawa Sasaki Tea Co., Ltd., I asked would like to show the tea plantations and tea processing. Since Sasaki president san who have met a kindly our hope, early morning of March certain day, Y deputy general manager and our four officers, a total of six T executive officer, has left the company in the microbus.
Sasaki Seicha is a tea company that boasts the seventh largest sales in Japan, 29 times of other Minister of Agriculture, Forestry and Fisheries Award, and have won numerous international awards, of tea representing Japan which projects to mass both companyIt is.
Please refer to the vast tea plantations that was this feel relieved. Neatly trimmed orderly, in tea tree ridges as far as the eye can see, it will feel like is like a dream. 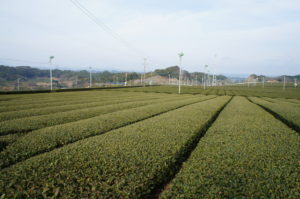 In at windmill that is lined, in the device for sending the wind so that the temperature of the earth’s surface is not too low in order to prevent the harm of frost, but you have traveling around is usually in the nature of the wind, the humidity of the ground is 2 ℃ below when the electricIt’s getting to send the upper warm air to the surface of the earth.

Since the tea tree is a camellia family leaves is I break and hard and fold bend and Baki~tsu but, if also Atohitotsuki, is so out soft shoots of about 10 centimeters on it. And what about, bud of the shoots, it is you can see that look in between the green of the leaves. 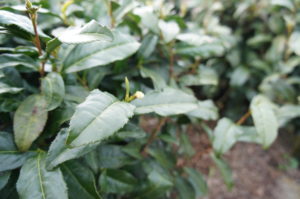 Is the best tea which was picked this shoots, it will be so-called new tea.

By the time the leaves of the clippings tea is tea, is so there are seven stages of step alone was roughly counted. We, we have to show a part of. Until from raw tea in rough tea 5 stage, it is a two-step from the rough tea until the tea. Especially interesting was the, the green tea, and a fermented tea oolong tea, so as not to tea, is working to kill the enzyme by applying a 100 ℃ steam. This is a Japanese tea unique process. Then the leaves are hot and cooled, to perform the tasks rub and dried while blowing a hot-air. 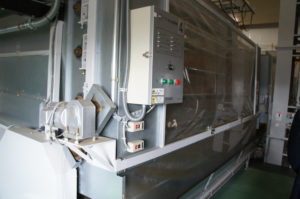 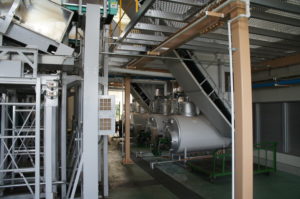 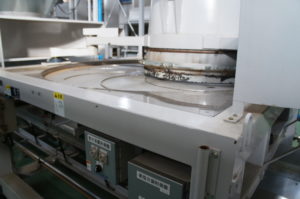 And, it is the birth of that fragrant tea.

In recent years, such as by aging of producers and Japanese tea away, cultivation area also production volume does not take a halt to the downward trend. As a factor to be linked, the price of tea is lowered, it is that the income of producers has decreased, but will be raised. Decade ago is, if there is here and there in the teashop of town, it is something that has a good smell of roasted tea when passing through the front of the store, other than the department store basement is now, and to no longer in most eyes, there is a reason I was.

On the other hand, it is just a few as shipments, the United States, and North America, such as Canada, Taiwan, Singapore, exports to such as Thailand continues to grow.
Again, the basics of tea I think cafe. From now abroad, to produce a Japanese tea, but also I think that it must be Ika consider actively that, in order to tea is the international product, may need to be another twist to the taste and smell might. Although Sasaki, president san had been saying and to drink to Americans that there is that it is said to be “blue stinking”, “fishy”, while taking advantage of the characteristics of tea, you will have to clear the hurdle of internationalization .
Uji process is created, Infusions of vivid color and aroma, taste of has been developed, it is to the 18th century, because it was born from becoming Gyokuro Even the 19th century. Tea is the old and new drinks. By overlaying a further improvement, it seems to be able to establish its position as the world of the beverage. 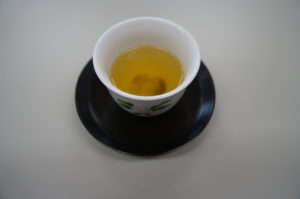 This photo is decaffeinated tea. Drink and you somewhat feel the confusion, but it is that it’s popular for people who can not sleep and drink a pregnant woman or tea.

We Everyone is, the story was that in the tea plantation, I hope if there is a Japanese tea cafe in such a refreshing place, was that.